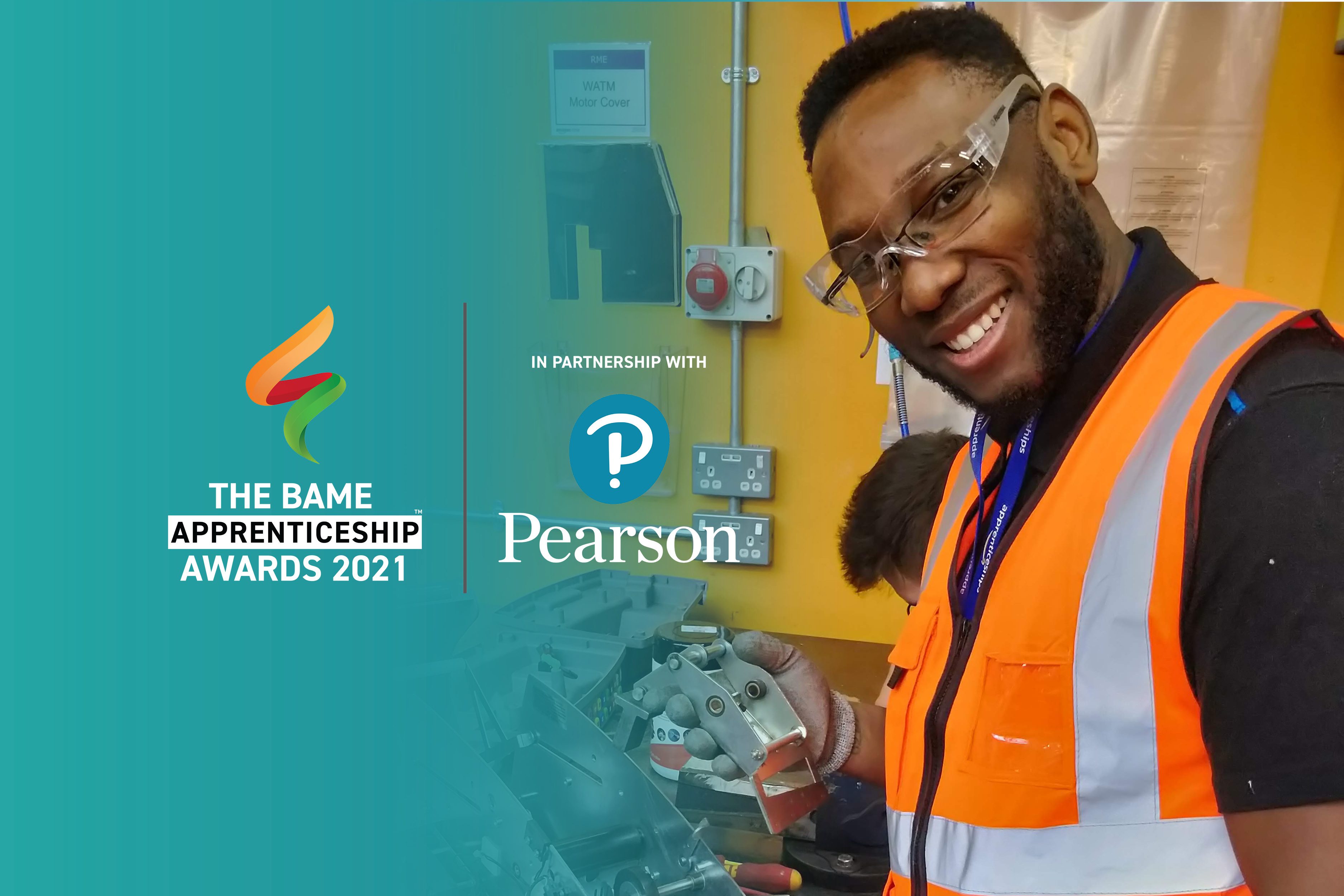 Lakan Brown, aged 33, was nominated for his exceptional progress, as well as his commitment to the future of the manufacturing sector as a mentor and an ambassador for apprenticeships.

Lakan, who was Highly Commended in the Transport and Logistics Apprentice Award category sponsored by the British Army, is in the third year of his four year Mechatronics Apprenticeship at the MTC’s Advanced Manufacturing Training Centre (AMTC) in Coventry. He is one of a cohort of apprentices from global online retailing giant Amazon. The company works with MTC Apprenticeships as part of its national apprenticeship programme alongside each apprentice’s on-the-job experience at Amazon sites around the country.

Lakan, from Earls Barton, Northamptonshire, started studying for his Amazon apprenticeship at the AMTC in September 2019. After nine years working in retail he decided to pursue a career in engineering. He joined Amazon’s fulfillment centre in Ridgmont, Milton Keynes, and after mentoring operations apprentices in his new role he realised that a mechatronics apprenticeship would give him the range of skills he needed to pursue his ideal career path.

The accolade recognises Lakan’s exceptional progress and commitment to his own personal and professional development. It also celebrates the voluntary support he has given to his peers throughout the pandemic as a mentor and mental health first aider, and his involvement in a collaborative charity project to bring hands-on STEM activities to children at home.

Lakan said that the recognition was a huge surprise and would spur him on to keep believing in himself and working towards his goal.

“As someone who does not see myself as anything more than ordinary, I can only say WOW! To be recognised for who I am, what I stand for and what I’m achieving is truly amazing!

“I’m very thankful for everyone around me and I hope I can continue to work in this manner throughout my life. Sharing your skills and helping others to excel is such a rewarding experience – together we help people from all backgrounds to discover, pursue and succeed through apprenticeships.”

Charlotte Swain, deputy director of delivery at MTC Apprenticeships, said that Lakan is a fantastic ambassador for the benefits that apprenticeships offer to learners of all ages, as well as their employers.

“Lakan is excelling in his programme, and is using his learning journey to encourage others to follow in his footsteps both as a learner and a mentor. He’s a fantastic ambassador for the UK’s next generation of engineering talent that is so essential for the future of the sector. This recognition is well deserved and we couldn’t be prouder of him.”

The BAME Apprenticeship Awards, in partnership with Pearson, showcase the outstanding work and achievement of apprentices from BAME groups and inspire BAME apprentices to reach their full potential. The awards are organised by the BAME Apprentice Network, which is working to close the diversity gap in apprenticeships by supporting learners and working with employers to make meaningful change.

Kasim Choudhry, director of the BAME Apprentice Network, said that the importance of apprenticeships to learners, employers and the UK economy has never been clearer.

He said, “The team have worked really hard this year to make this event happen and we are so happy that people have finally been able to come together to celebrate apprenticeships. The recent challenges around the shortage of truck drivers, hospitality workers and care staff tell just how important it is to upskill our workforce and in doing so apprenticeships will be the way forward.”

You can find out further details about the BAME Apprenticeship Awards at www.bameapprenticeshipawards.co.uk/2021-winners/.

You can also read about the work of the BAME Apprenticeship Network at www.BAMEApprenticeNetwork.com.