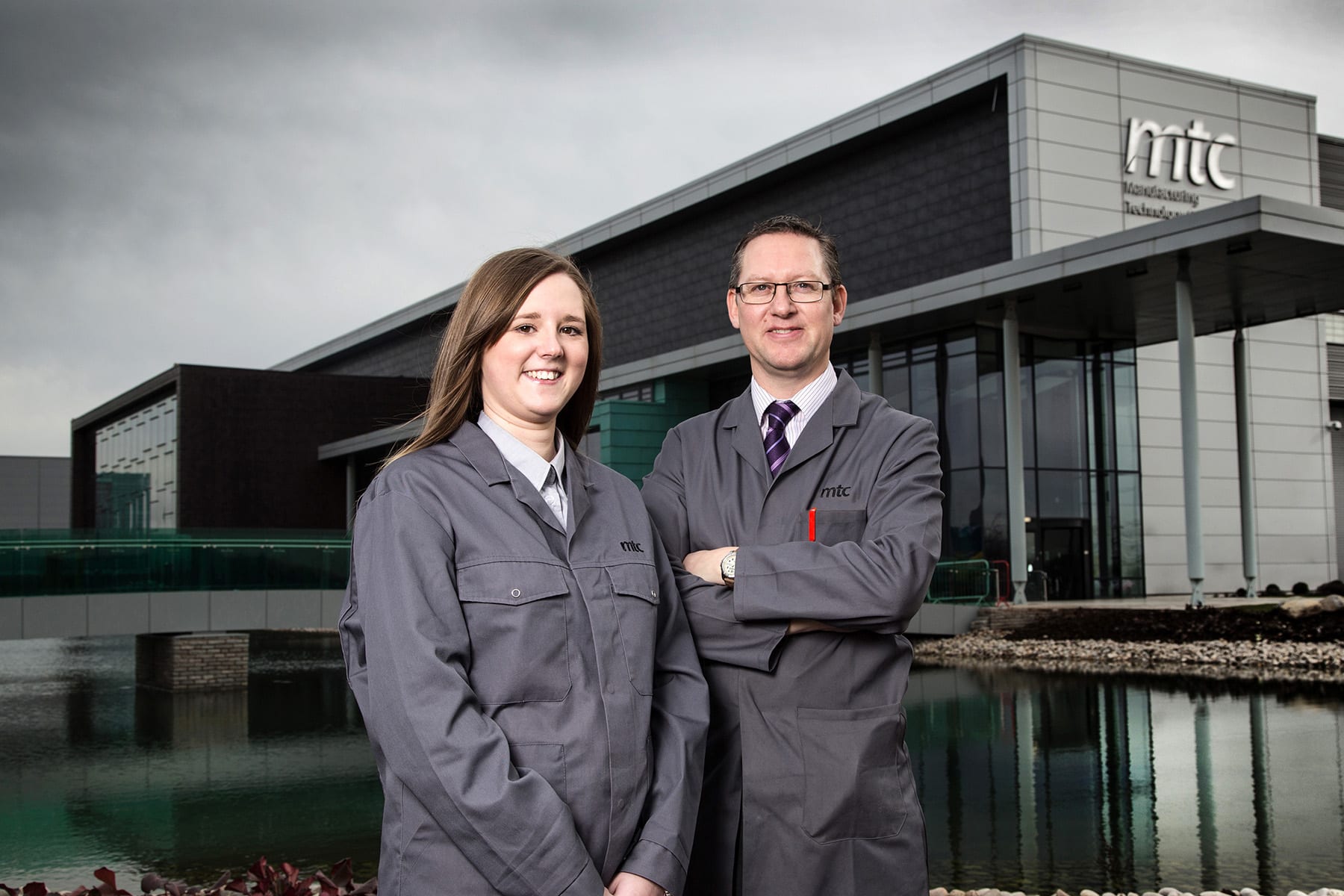 Combining on-the-job training with classroom learning, apprenticeships are a great alternative to the normal university route. Aged 23, Kerry Foley decided she wanted to change her career and do something she was passionate about. An apprenticeship allowed Kerry to gain the necessary qualifications to get into engineering, whilst paying the bills.

After incredible success in her apprenticeship, Kerry has quickly worked her way to become a Metrology Process Engineer at the High Temperature Research Centre.

We spoke to Kerry about her experience as an apprentice and how this has helped build her career.

When I left school, I didn’t really know what I wanted to do. I went to University and studied Media and Communication, before dropping out in my third year. Whilst at University I was working part-time at IKEA, I then made the decision to go full-time and work my way up into a management role.

By the time I was 23, I wasn’t happy in my job and knew I wanted something more. At the time I was married and had my own home. An apprenticeship meant that I could learn, work and earn at the same time, which was ideal as I still had bills to pay. I wouldn’t have been able to afford going back to University. I also really liked the fact that apprenticeships have both a practical and theoretical aspect to them.

Yes, when I decided I wanted a career change I looked into a lot of different careers and spoke to friends and family about my options. Some of my friends worked in engineering and I felt that it would be something I would enjoy and thought it played to my strengths. Once I’d decided on engineering I started to look for apprenticeships.

Have there been any memorable projects/experiences from the training you received at the MTC?

There are a few memorable projects and experiences from my time at MTC. In the first year of the apprenticeship we did a lot of team building and fundraising. One project included working with Severn Trent and we built a bridge at Draycote Water. This was very early on in the apprenticeship so it was great to really get to know the other apprentices and work together, as well as help a community project at the same time.

During the first year, my cohort was split into two teams and we competed against other in two challenges. The first challenge was a dragon boat race. In order to take part in the race, we raised £2,000 for a local charity by doing sponsored runs and bike rides. The day of the race is one of my fondest memories of the apprenticeship. We competed against a lot of other teams and, although we didn’t get past the heats, it was a really enjoyable day.

Alongside the dragon boat race, we also took part in a soapbox challenge. We had a small budget to work with and had to design and build our own soapbox kart. The two team’s designs were completely different, making race day even more competitive. It was great to see all of the different designs and themes people had come up with and there was a brilliant atmosphere at the event.

In my second year, I was selected to be part of a team that took part in Cranfield University’s Manufacturing on the Moon challenge. Apprentices from different companies had a brief to design modules for teams of astronauts to live and travel in, whilst conducting research on the moon. We made it through the first stage and went to Cranfield University to present a model of our design as well as the research and development processes that helped us reach our final design.

During my time on the apprenticeship programme, I had the privilege of representing the MTC at various events around the country. I was lucky enough to visit the IMechE headquarters in London and I have also spoken at the Houses of Parliament on a number of occasions. Through doing these events I have met a wide variety of people within engineering as well as from other sectors.

How has the apprenticeship programme been beneficial to you and your career?

The apprenticeship gave me the crucial knowledge that I needed to start my career in engineering. It allowed me to experience the different themes that were available, giving me the ability to make an informed decision about what I wanted to specialise in. I now have a career that I am passionate about and enjoy. I always look forward to going to work every day and I believe this is because I had the opportunity to try all of the different areas before deciding where I wanted my career to go.

What would you say are the benefits and what advice would you offer to those looking to apply to the MTC apprenticeship programme?

The benefits of an apprenticeship are that you get the hands on, practical skills as well as the theoretical knowledge and understanding, which is typically gained from college or university. Becoming qualified while getting hands on experience is a brilliant way to learn and puts you in a great position for when you leave the apprenticeship.

I would recommend apprenticeships to anyone who is considering them. I would advise doing some research into what it is you want to do and attend an open day. Doing the apprenticeship through the MTC is great because you get exposed to new and emerging technology. It’s really exciting.

As part of the apprenticeship, I was able to complete a HNC in Mechanical Engineering, I would like to take this further and do a degree. Having recently been promoted, my immediate plan is to settle into and become confident in my new role, continuing to learn and increase my skillset.